Motto:
We are Europe
For 18 years already 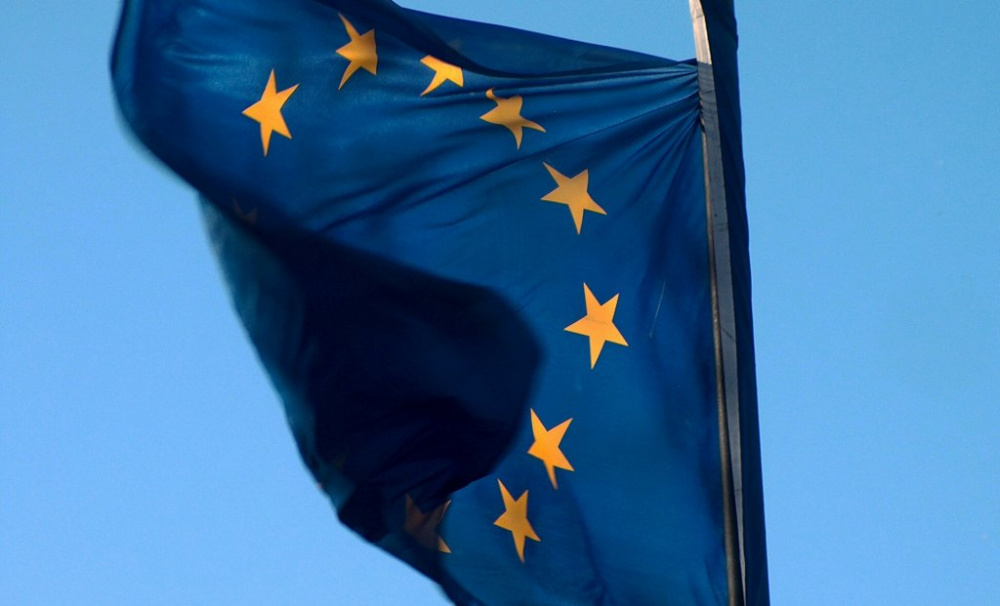 In 18 years, we have received €896.4 billion in financial support from the European Union? That is enough, for example, to build over 5,000 km of motorways or 6 new nuclear power units. Or to buy Twitter.

For 18 years we have been able to travel freely.

Thanks to the EU, we have cheaper calls, better quality food, stronger personal data protection and consumer rights.

We are the 9th most populous country in the European Union and our voice is being heard in Europe.

The invasion of Ukraine by the Russian Federation has completely changed the situation on our continent. The European Union has shown that it is capable of a decisive response. Europeans are showing that they can act in a crisis. The surprise for the rest of the world, and for Russia itself, is how quickly, strongly, and united Europe is reacting. The culture of political dialogue and mutual consensus that has been built up over decades is proving to be a strength, not a weakness.

The challenge is clear. We need to find the right policies to lead the European Union towards its long-term goals of green and digital transformation. We need to be able to face the security, energy and humanitarian crises, as well as the economic and social problems, which were partly caused by covid, and which Russia's aggression in Ukraine is further accelerating.

Priorities of the Czech Presidency

1. Coping with the refugee crisis and post-war reconstruction in Ukraine

Russian aggression has caused the most massive refugee crisis since World War II. The EU must take every step to best contribute to managing the unprecedented refugee wave, especially of women and children from war-affected Ukraine.

The Czech Presidency will support the EU's efforts to defend Ukraine's sovereignty and territory using all the instruments and programmes that the EU has to offer, including the strengthening of sanctions. Protecting children and ensuring their access to education will be a priority. Ensuring sufficient capacity in pre-school care and after-school activities will be essential for women's participation in the labour market.

Another task of the Czech Presidency will be the post-war reconstruction of Ukraine. This will focus in particular on restoring critical infrastructure, ensuring basic services, strengthening resilience, and restoring Ukraine's economy and stability. Intensive EU cooperation with Ukraine and securing the necessary financial resources from the whole of the free world will be essential.

We will not let Ukraine down. The Russian Federation carries the blame for the damage to life and property on Ukrainian territory, for which it must compensate with reparations. Equally, the current leadership of the Russian Federation bears unequivocal responsibility for crimes of aggression and the waging of war against Ukraine.

The EU cannot be vitally dependent on countries that directly threaten its security and must therefore free itself from its dependence on Russian gas, oil, and coal. The Czech Presidency will focus on EU energy security, energy savings, and accelerating the transition to low-carbon and renewable energy sources.

The decarbonisation of EU industry and the transition from natural gas to hydrogen is also important and will require the implementation of an ambitious plan to develop hydrogen infrastructure, storage, and terminals. The European ‘Fit for 55’ package lays the foundations for decarbonisation.

In transport, the Presidency will focus on reducing emissions, promoting environmentally friendly transportation, and alternative fuel infrastructure, which is a key prerequisite for the development of clean mobility.

In the face of growing global instability, the Czech Presidency will focus on enhancing security and defence, particularly in partnership with NATO. The development of long-term cooperation on strategic military systems is essential.

The Czech Presidency will also address cyber threats and the geopolitical context of new technologies. It will focus on the rapid development of the so-called Hybrid Toolbox, which will enable the security of cyberspace and an effective fight against disinformation. The Czech Presidency will pay particular attention to the cyber security of EU institutions, bodies, and agencies, and the EU's space-based global secure communication system.

4. Strategic resilience of the European economy

The COVID-19 pandemic and Russia's aggression against Ukraine have exposed the fragility of global supply chains. The EU must fundamentally reduce its dependence on hostile regimes. The solution for the EU is not to strive for complete self-sufficiency. In order to strengthen strategic resilience, the deepening of free trade with democratic states is essential, along with targeted support for technological competitiveness based on its own production capabilities.

From food to pharmaceuticals to semiconductor chips, supply chains and their vulnerabilities need to be understood in detail and their resilience strengthened as a result. The availability of strategic raw materials and parts must be ensured for European companies. Particular emphasis will be placed on the security of IT supply chains. The Czech Presidency will focus on accelerating the process of concluding trade agreements with democratic countries (New Zealand, Australia, Chile) and on deepening transatlantic cooperation within the EU-US Trade and Technology Council.

Last but not least, we need to further deepen the internal market, especially in the area of services and the digital economy, while at the same time improving the business environment, including support for science, research, and innovation, which will increase the competitiveness of European companies. In order to improve the internal digital market, the Czech Presidency will focus on the adoption of the European Digital Identity Wallet (an EU-wide tool for secure and trustworthy proof of citizen identity) and the creation of an efficient and fair data market.

Russian aggression has once again acutely reminded us that Europe's long-term prosperity and stability is based on functioning democratic mechanisms. The Czech Presidency will therefore focus on strengthening the resilience of institutions that are crucial to the maintenance and development of the values of democracy and the rule of law in the EU, including the transparent funding of political parties, the independence of the mass media, and open dialogue with citizens.

The Conference on the Future of Europe created a unique space for citizens, and young people in particular, to debate the future of Europe and to provide input for the Union's future policies. The Czech Presidency will focus on building on this input and creating space for the debate to continue. Following the European Year of Youth 2022, the Presidency will focus on improving dialogue with young people and promoting their participation in political processes.

In addition, the Czech Presidency also wants to focus on respecting and strengthening freedoms and European values both offline and online. In a number of areas related to new technologies, such as artificial intelligence, the EU has the opportunity to use its first-mover advantage to set the rules of the global game. The Czech Presidency also wants to contribute to strengthening the transparency of cryptocurrencies and reducing the risk of their abuse.

In an international context, the Czech Presidency will implement the EU Action Plan for Human Rights and Democracy using relevant instruments, including the global sanctions regime. It will strengthen capacities to support civil society and independent media, as well as to support the resilience of partner countries against cyber and hybrid threats.

Adoption of the EURO

5 reasons to adopt the EURO as soon as possible

1. The euro is a stable protector of our savings

Rising inflation is a real bugbear for most Czech households. The Czech Republic has the third highest inflation rate among EU member states, at 13.2% last month. Whereas in the Eurozone, inflation remained at an average of 7.4%. The stability of the euro is ensured by the European Central Bank, a credible institution that can show a convincing track record in the fight against rising prices. And it is responsible for price stability in 19 countries of the European Union, with each member state participating in the European Central Bank's decision-making.

That is why the single European currency is the best guarantee that you will not lose your savings. In Slovakia, they could talk about the stability of the euro. Slovaks have been paying with the euro since 2009 and, according to the latest polls, 9 out of 10 would not change their decision to join the eurozone today. The Czech Republic is next!

Visiting exchange offices on holiday is not one of the most popular pastimes. With the euro in your wallet and on your card, this unpleasant duty is definitely no longer necessary. And not only that. If we paid in euros, banks would no longer be able to charge exchange fees. This also applies to regular card payments today.

Not to mention that the opportunities of the euro do not begin and end in eurozone countries, to which Croatia will now be added! The euro, like the US dollar or the British pound, is a world currency and is widely recognised in countries all over the world. In contrast, the Ukrainian hryvnia has become a deterrent in recent months. Following the outbreak of Putin's war, the currency has lost value. The euro is a guarantee that something like this cannot happen.

3. With the euro, Czech companies will be truly European

The common motto of the European Union is unity in diversity. And the common European market, is also united and diverse, of which the Czech economy is a solid and integral part. After all, 60% of our exports go to eurozone countries. Our closest neighbours, Germany, Slovakia and Austria, also pay with the euro.

Our aim must be to deepen this link even further and make it easier for our companies to do business and trade in other EU Member States. By adopting the euro, Czech businesses would be relieved of the unpleasant obligation to pay more for foreign payments than for payments in Czech koruna. In fact, the prospect of keeping accounts in euros is one of the points of our government's programme declaration.

4. The euro will bring peace of mind to your wallet

Doing business in itself carries many risks. The fewer such risks there are, the better for the entrepreneur. The constant appreciation and depreciation of the Czech koruna is one of the risks we can eliminate by adopting the euro. Sudden depreciations of the Czech koruna bring leaps in higher costs for importers who pay in euros. In such situations, Czech consumers pay more for goods. With the euro, there is no risk of such turbulent changes. It brings peace of mind for your wallet.

One of the conditions for all Eurozone Member States is budgetary responsibility. The euro would make even profligate governments of oligarchs fiscally responsible.