Main dates of the TOP 09 history 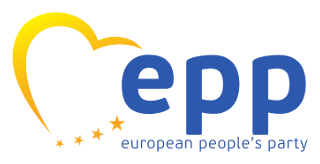 It is based on a platform of conservatism and fiscal responsibility with a strong emphasis on European Judeo-Christian tradition.

On June 26, 2009 the party is registered and approved by the Ministry of Interior.

On July 9, 2009 Karel Schwarzenberg (as President of the Preparation Committee) and Petr Gazdík (President of the Movement of Mayors and Independents) sign an agreement for a strategic alliance with the Movement of Mayors and Independents. It means that both organisations will run a common election campaign and present common candidate lists with personalities from the regions.

On July 22, 2009 TOP 09 establishes a new faction in the Czech Senate, “TOP 09 and Mayors”. Members are former independent senators from the Senate faction “Open Democracy“; Soňa Paukrtová is elected President of the fraction.

On July 23, 2009 a programme of public health reform is presented. Rudolf Zajac, a former Slovak health minister, is the main advisor of the party in this field.

On August 27, 2009 a programme of the financial reform is presented by Miroslav Kalousek.

On September 2009 the Constitutional Court cancels the early election (originally expected in October 2009). The new date for the election is June 2010.

On November 28 – 29, 2009 the National Assembly of the party takes place. The Executive Committee, Party Presidency, Conciliation Committee and Nationwide Audit Commission are elected.

The parliamentary election takes place on June 26 – 27, 2010. TOP 09 becomes the third biggest party in the Chamber of Deputies.

In 2015 at the National Convention Miroslav Kalousek was elected the Chairman of TOP 09.