Karel Schwarzenberg was born on December 10, 1937 in Praha-Bubeneč as the oldest son of Karel Schwarzenberg and his wife Antonie. In December 1948 they had to leave the Republic and stay abroad. He was studying law in Vienna and Graz and forestry in Munich. Because of the premature death of his adoptive father Henry Schwarzenberg, he had to stop his studies and start to manage the family businesses on their estates in Austria and Bavaria. Karel Schwarzenberg is a co-founder of TOP 09 and a Member of the Parliament for this party. Until 2015 he was Chairman of TOP 09 and since then he holds the post of honorary Chairman. 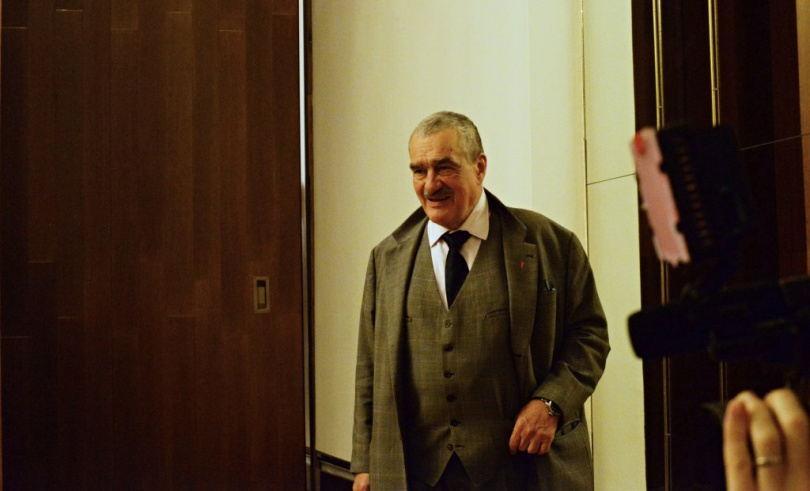 As a president of International Helsinki Federation for Human Rights, Karel Schwarzenberg was encouraging the respect for human rights in Europe, mainly in the 1980´. He was negotiating the question of human rights in former USSR, Bulgaria, Kosovo and also in the Czech Republic.

In the family mansion in Bavaria he founded together with PhDr. Vilém Prečan the Czechoslovak documentary centre (archive of the banned literature of that time) as a support of the Czechoslovak exile and dissent. This collection is the part of the National museum today and it is deposited in Prague.

Between 1992 and 2004 Karel Schwarzenberg was managing the family businesses, mainly the forestry and maintenance of their historical legacy. Nonetheless he was still active in a plenty of foundations, commissions and associations, where he applied his experience from international relations.

In the Senate elections in 2002 he unsuccessfully stood as a senator in the district of Strakonice, in November 2004 he was elected as a senator in the election district Prague 6, he was nominated by US-DEU (Union of Freedom - Democratic Union) and ODA (Civic Democratic Alliance). After then he was the Chairman of the Foreign Affairs, Defence and Security Committee of the Senate, or Member of the Permanent Delegation of the Parliament to the NATO Parliamentary Assembly.

On the 9th of January 2007 Karel Schwarzenberg was appointed as a Minister of Foreign Affairs of the Czech Republic.

After parliamentary elections in 2010 he was successfully elected as a Member of the Parliament (Chamber of Deputies) for TOP 09, and he served as the First Deputy Prime Minister and Minister of Foreign Affairs of the Czech Republic.

On 11–12 January 2013, Karel Schwarzenberg successfully took part in the first round of Czech presidential elections, the first popular vote for presidency of the country. With 23.40% of the total vote, he was places on the second position behind former prime minister Miloš Zeman (24.21%). In the second-round run-off between the two men, held on 25–26 January 2013, Schwarzenberg received 45.19% of the vote.

In 2017 Karel Schwarzenberg was re-elected as a Member of the Parliament for TOP 09.